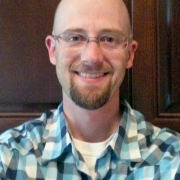 Today, I am very excited to feature a Guest Post from a friend and colleague of mine, Mr. Jason Fisher. He is a consummate professional and one of the most talented and intelligent people I have had the pleasure of working with. His bio follows this post. Over the years, we have enjoyed several conversations about camping of all kinds, but more specifically, wilderness camping. Last week he was late for work, late for a meeting, but, his “excuse” blew me away. Let him tell it in his own words:

I may have saved somebody’s life today. Well, me and two other thoughtful passerby’s, to give credit where it is due.

So, let me set the stage. I was on my way to work, about 7:40am, cutting it a little close for arriving at a meeting with my boss, my boss’s boss, and a few others, when I get stuck in bumper to bumper traffic on the interstate. Three lanes of traffic barely moving, brake lights as far in front of me as I can see, and course, it’s raining.

Music is how I pass the time. Air drums and all the words to my favorite songs. I probably provided some comic relief to everyone nearby. Good.

I finally neared the source of the traffic and see that it is a white car driving very slowly on the left shoulder, nearly scraping the concrete barrier between the northbound and southbound lanes. As I drive slowly past, I see that the man driving is slumped over, clearly unconscious or worse.

I pull over immediately and jump out. The white car starts angling back across the three lanes of traffic. I quickly catch up to the car and ran alongside of it banging on the driver’s window.

Thankfully, he woke up just as we were getting to the right shoulder and he stopped the car. That was also when I noticed another guy had stopped his car right behind mine and ran up with me. A lady also had stopped with us and dialed 911.

As the guy who ran up with me and I were talking to the older gentleman who was just unconscious, but now was dazed, confused, and oddly wanting to drive away, I’m thinking, “I know this guy”. We keep talking to him, insisting that he is not OK and he needs to stay right there.

It took a minute for me to realize who the other good samaritan was. We both seemed to realize it at the same time. He is…my wife’s, aunt’s, brother-in-law’s, daughter’s boyfriend that I had met once at a Christmas party last year. Clearly no blood relation, but he is also a Marine, so that makes him my brother.

Sorry, I got away from the story of that man’s life. He seemed to stay in a confused state, I suspect maybe medication or blood sugar. Anyway, help arrived very quickly and I didn’t stick around for the rest. I’m sure he will be fine. Plus, by now I was really late for that meeting!

As I am driving away, I realize how many cars there were in front of me in that snarled traffic, it really weighed on me then, and throughout the day, that they all went by at slow speed, not noticing or not caring.

There were easily a couple hundred cars in front of me.

If you were driving north on I-65, approaching Indianapolis this morning around 7:30-8:00 and drove by that white car holding everyone up, shame on you!

It really doesn’t take a couple Marines to chase down a car moving at idle speed on the interstate. It just takes a single shred of decency and an ounce of compassion for your fellow man. So what if you get wet and late for work?!

On the bright side, emergency services were quick to arrive after that lady contacted them, my bosses were understanding of my tardiness to the meeting, and I know my brothers will always have my back!

Jason, I’ve got nothing to add, except respect. You already had my respect as a colleague, but on that day, you earned respect at a whole new level.

Mr. Fisher is an IT professional with over 20 years of experience consulting and supporting infrastructure systems.  He is the Infrastructure Manager and Senior Systems Architect for Goodwill Industries of Central Indiana, which includes 57 retail locations, Commercial Services (contract manufacturing, packaging, and janitorial services), 12 charter high schools for youths and adults, as well as the Nurse-Family Partnership; all together over 80 locations in a variety of industry verticals.

He came to Goodwill in 2012, inheriting an aging, overcapacity and critically failing infrastructure.  Together with Goodwill’s leadership, he embarked on an infrastructure transformation, utilizing cloud architecture and leveraging the expertise of critical business partners.

Jason is an Indianapolis native and served in the United States Marine Corps. Outside of the office, he also enjoys hiking and camping with his wife and two children, coaching youth athletic teams, and practicing wilderness survival.

Want to exchange ideas on Twitter (@jtongici)?
Expanding your circles on Google+?
Read more of my musings on LinkedIn.
Interested in IT and it’s role in business? Check out my posts on Intel’s IT Peer Network.

Breaking Up is Hard to Do!
Scroll to top