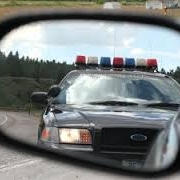 Kenn and I were pretty close as cousins go, even though he grew up in Milwaukee and I grew up in Indiana. A couple years ago we reconnected after being out of touch for DECADES! As we have gotten to know each other’s life journey, it is remarkable the similarity in our paths. So without further ado: 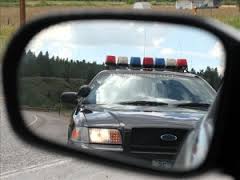 It was last October.

I was late for a meeting.

I was in the HOV lane because I can afford to pay the toll.

I was pulled over.

As the trooper approached the car I had my license and insurance in my hand waiting for him. He took them and went back to the squad car. I have a clean record, but was bracing for an expensive fine.

Upon his return he noticed the windows of my recently purchased car and observed they were darkly tinted. After checking the glass with a gauge, he confirmed they were too dark. I explained I had just purchased the car and he told me to take it back to the dealer to rectify.

He then noticed my low tire pressure warning light was illuminated. I told him I had just swapped tires and the sensor had yet to sync. He walked around the car to check for himself.

He then handed me a warning ticket for the entire episode. He was polite, helpful, and in all ways, represented his profession well. I thanked him for the warning; since then I’ve slowed down and I’ve told this story many times.

A few nights ago ago a 33-year old man, his girlfriend, and 4-year old daughter were leaving a grocery store and were pulled over due to a broken tail light. We all know what happened thereafter. I used to have a carry permit – this man did exactly what I was trained to do – he notified the officer.

I do not pretend to know what it is like to live as a black man in our society. Every time we add one more body to the count of dead people we hear the words “black lives matter.” Then we hear well-meaning people say “all lives matter.” As President Obama said yesterday, “you cannot ignore the data.”

The one question crashing around my brain every time I’ve told the story of my traffic stop has been, “would I have had the same experience if I had not been a 59-year old white male driving a nice car?”

No answers – just sad about the state of our country.

Want to connect? Find me on LinkedIn or Twitter (@jtonindy)
Interested in IT and the changing role of IT? Read more on: Intel’s IT Peer Network
For posts on life, love, leadership, and just about everything else:  Rivers of Thought
I write about Leadership and Leadership Development for:  People Development Magazine

The Sprinkler Head
Scroll to top