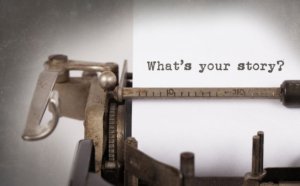 I see a red door and I want it painted black
No colours anymore, I want them to turn black
I see the girls walk by dressed in their summer clothes
I have to turn my head until my darkness goes

I first met Brandon Tidwell in 2009. My son Brad was launching his Hip Hop career with his first gig at a local dive. Honestly, I didn’t know much about hip hop music or performances. As Brad took the stage, he was joined by his college roommate as his DJ and another guy. I would learn later his name was Brandon Tidwell. His role was that of “Hype Man”. A Hype Man is somewhat of a backup singer. He interjects throughout the song with the intention to hype the crowd and highlight some of the lyrics. (I have to admit, I learned that later, as well).

What I did know was that, in contrast to Brad whose energy exploded on the stage, Brandon barely moved. When he did interject, it was very tentative and hard to hear. This first performance did not bode well for a long career as a Hype Man.

I see a line of cars and they’re all painted black
With flowers and my love, both never to come back
I see people turn their heads and quickly look away
Like a newborn baby, it just happens everyday

Over the course of the next five years, Brandon grew as a performer. His confidence increased, his stage

presence blossomed. He was truly living up to his role of Hype Man and friend, even serving as a groomsman in Brad’s wedding to Holly.

Another thing happened over that time. Carmen and I got to know Brandon and his family: wife, Bobbi Jo, son Timmy, and daughter Avari. Brandon was not only Brad’s Hype Man, but he was also one of his best friends. What we saw in Brandon was an incredibly loyal and supportive friend,  a man who loves his family and puts them above all, a man with a huge heart.

That huge heart belongs to a man who wears his emotions on his sleeve. Brandon loves deeply and he hurts deeply as some of his Facebook posts will show.  He is a man that feels emotional pain for himself and for others in his life.

Given the time we all spent together, we knew nothing of his extended family. We were stunned to learn of the death of his mother, Vicky Hensley on September 5,  2015. After being a heavy smoker, her cause of death was listed as COPD. Brandon’s huge heart was broken. His posts revealed his pain to his Facebook world. Her funeral was a simple service and his mother was laid to rest.

I see a red door and I want it painted black
No colours anymore, I want them to turn black
I see the girls walk by dressed in their summer clothes
I have to turn my head until my darkness goes

Thus began Brandon’s journey through the “year of firsts” without both his parents. The pain in his heart was almost unbearable. He tried to hide his tears. For the most part he was successful. He threw himself into coaching Timmy’s baseball team and doting on Avari. Through it he tried to be the best husband he could for Bobbi Jo.

Mother’s Day, Father’s Day, their birthdays…those were tough days. The visits to the cemetery…the pain broke through. Christmas 2016…

In the days that followed Christmas, Bobbi Jo’s father, Tim Marcon came to visit. Never one to sit still, he spent the time helping Brandon by fixing some things around their house while Brandon was at work. He came across an old stereo. It had belonged to Brandon’s dad. It hadn’t worked in years. In fact, it probably hadn’t been played in ten years. Yet, Brandon could not bear to get rid of it.

Tim opened the cover, cleaned it, reconnected some wires and soon had it playing music for the first time in a decade. When Brandon got home from work, his father-in-law encouraged him to give it a try. With a lump in his throat, he pushed the power button. The stereo came to life. He noticed there was a CD in the player. Long forgotten, stuck in the player the it had died. Reaching down, he pushed “Play”…

I see a line of cars and they’re all painted black
With flowers and my love, both never to come back

The words and music hit him, hit him hard. Now, I don’t know if you believe in such things, but, it may have been dumb luck…a coincidence, or maybe, just maybe, it was his father’s way of telling Brandon he and his mom miss him too. Their hearts are broken that they had to leave so soon.

Perhaps what his father’s stereo was trying to tell him was the pain of loss never really goes away. You will always miss those who have left. Don’t let that pain colour your world, don’t let the loss turn your world to black, don’t miss the moments with your beautiful family and your friends. Remember those who have left, share the stories of your memories, make sure Tim and Avari know your mom and dad.

I can hear Brandon now…”I know, I know, but I don’t know HOW”. To answer that, I will turn again to the sages of my generation, Mick and Keith.

From “Waiting on a Friend”

Brandon, we are are here for you. Together let’s make 2017 a year your parents would be proud of!