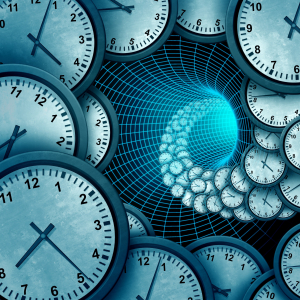 Time. Time has been on my mind recently. If we, as humans, have one thing in common, it is time. Time is precious. Time is limited. Our time is unknown. With all our ingenuity, we have yet to be able to create time. But what if I told you, you could create time? The answer has been with us for two thousand years.

I recently had the opportunity to interview Steve Johns on the podcast I host. Our conversation centered around his soon-to-be-published book, Fearless – Leadership Lessons at the Crossroads. In the book, Steve quotes Marcus Aurelius. Aurelius Antoninus was the Roman emperor from 161 to 180 AD. He was also a Stoic philosopher.

If you seek tranquillity, do less.
Or (more accurately) do what’s essential—what the logos of a social being requires,
and in the requisite way.
Which brings a double satisfaction: to do less, better.

Because most of what we say and do is not essential.
If you can eliminate it, you’ll have more time, and more tranquillity.*

The Secret to Creating Time

“You will have more time.” The words haunted me. The secret to creating more time is to do less…better. Being in business for the last 40 years, productivity experts have been saying the same thing. Heck, I even preached to my teams to “slow down to do more.” For some reason, reading the words of an ancient brought it to front and center in my mind, heart, and soul.

Later, as I listened to the podcast recording, I realized I had the answer…the answer to the question, “why did you move from Whitetail Meadow?” It is a question we have been asked a hundred times in the last three months. “You loved your property; I thought you would never leave. Why did you move?”

I had been struggling with my “why” for almost a year. Why did I want to move? What made us think it was time to move?

Why did we move?

When we first moved to Whitetail Meadow, I took to each task and project with energy and passion. I could easily spend eight or nine hours on Saturday and Sunday freeing a logjam in the creek, removing invasive shrubs, cutting trails through the property, and helping Carmen in the garden. Did I get tired? Of course! Did I get sore? Certainly! As the years passed, the eight or nine hours turned four or five, then three or four. The soreness would last for days instead of overnight. But was that my why?

Was it the walnuts?

Was it the 10’s of thousands of black walnuts we picked up each year between August and October? Picking those up out of the yard so that one could walk through the yard without breaking an ankle certainly was a pain in the ass…actually, a pain in the back, arms, wrists…we would both cuss and moan each year, all the while, praying for a “light season.” We certainly had the resources to do something about it. Harvesting 28 sixty-foot black walnut trees was something we couldn’t bring ourselves to do.

Was it the ignorate litterers?

Was it the constant need to walk the property to pick up the trash that idiots threw out of their cars? Can you believe in this day and age, people still litter? My goal for twelve years was to see someone throw their trash into my yard and follow them home to “return” the trash. Beer cans, whiskey bottles, cigarette cartons, and bags and bags of fast food containers were tossed with no thought to the people who lived there (us), the people that had to pick it up (again, us), or the people who were breaking their backs to create a beautiful sanctuary (yes, us). Ok, I may be just a little bitter about this one!

Was it the bad drivers?

Was it the steady parade of bad drivers who could not keep their cars on the road and out of our yard for one reason or another? Driver after driver would fail to navigate the steep hill coming down 75th Street. They would either end up taking out the guardrail and destroying the wildflower meadow behind it, or they would miss the guardrail and end up in the front yard of our rental home, taking out trees and creating deep ruts in the lawn, or they would make it past the rental and still not have control of their car and do a similar “lawn-job” in our yard. The dump truck driver who missed the guardrail but turned over on the steep incline and spilled 10 tons of gravel into the meadow, not to mention the diesel fuel, really created a mess!

They were just weeds, anyway!

My “favorite” was the Lawrence North High School student who lost control on the ice and ended up in the meadow. When his grandfather showed up to help, he got his car stuck because he pulled over on top of the culvert that runs under the road…and then blamed us. The kid then asked the cop if he could “drive his car out instead of calling a tow truck because it was just a bunch of weeds anyway.”

No! Our “why” was none of those things. Like many life lessons, the answer is something we already knew. We just need a teacher to remind us. Time is precious. We are creating time by focusing on what is important and essential…our family, our friends, each other, and ourselves. THAT is why we left our beautiful Whitetail Meadow…to create time!

I will leave you another quote from our friend Marcus Aurelius:

Keep in mind how fast things pass by and are gone—
those that are now, and those to come.
Existence flows past us like a river:
the “what” is in constant flux, the “why” has a thousand variations.
Nothing is stable, not even what’s right here.
The infinity of past and future gapes before us—
a chasm whose depths we cannot see.*