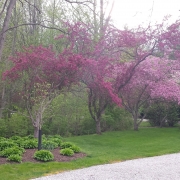 We’ve come a long way, but, we have a long way to go! April 2017 marks the 47th anniversary of the launch of Earth Day and it’s sister organization Earth Month. In 2008, I launched Rivers of Thought. While it has morphed over the years, it’s original focus was on environmental issues.

Recently, I read back through those original posts. It struck me how many of these issues remain today. Yes, progress has been made, but not near enough. We do, indeed, have a long way to go.

To help commemorate the 47th anniversary of Earth Month and Earth Day, during the month of April, I will be dusting off some of those posts. Each day at noon eastern, I will post one on Twitter, LinkedIn and Facebook under the hashtag: #EarthDay2017-RoT. I encourage you to join the conversation, visit an Earth Day celebration near you and get involved.