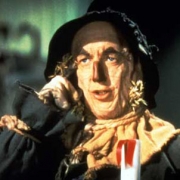 Scarecrow: You promised us real things — a real…brain!

Wizard: You do? boys, you’re aiming low. You not only surprise, but you grieve me.

Why, anybody can have a brain.  That’s a very mediocre commodity.  Every pusillanimous creature that crawls on the earth — or slinks through slimy seas has a brain!

From the rock-bound coast of Maine to the Sun…. oh – oh, no — — ah – Well, be that as it may. Back where I come from we have universities, seats of great learning — where men go to become great thinkers. And when they come out, they think deep thoughts — and with no more brains than you have…. But!  They have one thing you haven’t got!  A diploma!

Therefore, by virtue of the authority vested in me by the Universitatus Committeeatum e plurbis unum, I hereby confer upon you the honorary degree of Th.D.

I have a confession. I do not have a Master’s Degree…I don’t even have a Bachelor’s Degree. There I said it. I feel better! I am glad to get that off my chest! While it has never really been a secret, it is something that I have kept close to the vest for ages. It’s amazing to me how often it comes up in conversation. “I graduated from IU” or “I graduated from Purdue”, or “I graduated from Notre Dame”, or UCLA, UK, BSU, Wisconsin, THE Ohio State University, or countless others…and then…”Where is your Alma Mater?” How do I answer THAT? I usually reply, rather self-consciously, “I went to Indiana State”, or “I went to Judson”, (which is true, I attended both), being very careful NOT to say I graduated from…

You see, I was going to be a rock star! Hey, it was the 70’s, it’s all I ever wanted to do from my the age of 10 or 11. I left for college at Indiana State to major in Music Theory and Composition. I discovered very quickly…you have to have talent! I did not. Over the next couple of years, I got married, transferred schools, and my first son was born. To provide for my family, I put my college studies on hold and began to work one, two and sometimes three jobs.

Honestly, the hold was never removed. By the time my wife finished her degree and we were in a position for me to go back to school, I was teaching college level computer classes. Say what? Yep, I was teaching night classes at a local university in computer programming, word processing and data processing. How that happened is really the story of how I have achieved all that I have achieved in my professional life. Its really a story of lifelong learning.

While I was working collections for Visa in Chicago, I had the opportunity to be assigned to the project team working on their new computer system. I was the end-user helping to define the requirements for the collections modules. A couple years later, after a move to Indianapolis, I found myself in the same position. We were gathering requirements for a new computer system and I was assigned to be the user representative. But, something was different this time. IBM had released what they called the Personal Computer. Microsoft and CPM were in a battle for supremacy of the Operating system and I had purchased a Commodore 64. I had found my calling! I was in LOVE!

At the time, I was riding a bus about an hour each way to work. I was driven. I was going to move from the user department to the IT department come hell or high water. During those long bus rides I devoured every college level computer textbook I could get my hands on…System Development Life Cycle, Relational Database Theory, PL/I, IMS (hey that’s what the new system was using) and countless others.

I received my first break when a job opened up running the print room in the IT department. My job? Pull the green-bar printouts off the printer and deliver them to the programmers. It was REALLY glamorous. A few months later, Joan gave me my first big break and hired me onto the development team writing the software for…the credit card collections department.

To say I taught myself everything I know about software development would not be fair to the countless professionals who coached, guided, and taught me along the way. I owe a huge thanks to Lynda, Bob, Steve, Jerry, Glenn, Beth and dozens of others.

I did the same when it was time (past time) to move into a “management position”. Again, I devoured every book I could get my hands on. I read so many, I could not even do the authors justice by trying to list them here. The point is…my devotion to lifelong learning continued.

Over the span of several years, I progressed from supervisor, to manager, to director. At that point, I was managing a team of about 50 internal employees and an additional 100 contract employees on several continents. The majority of my staff were split between the US and France. It became very obvious to me that there were communication issues among the team. So what did I do? I hired a tutor and began to learn French! I learned very quickly, it goes a long way if you try to learn the culture, try to learn the language, try to meet the people where they are…not expect them to meet you where you are!

As my career progressed, I felt I was ready for my first IT leadership position. I was given the CIO role at a small but fast growing company. There my study changed from management to leadership. The first step was to examine myself without any of the guises of self-deception and identity strengths, weaknesses and my personal brand. Again, I dove into book, after book, after book. Again, I learned from peers and mentors (thanks Ron, Christine, Lori, Rick and others) I learned about creating a culture of excellence, developing leaders in your teams and servant leadership. I realized, I had been educated in leadership from a very young age. My dad is the definition of a servant leader. What a great example to follow.

The next step on my continuing journey came about five years ago. I attended the CIO Symposium at MIT. To say it was a life changing event does not even do it justice. The work they are doing in IT, technology, and business through the Sloan Business school struck a deep chord in me. I picked up a pamphlet on the MIT Sloan Executive Education Certificate Program. The course in the catalogue were compelling. But, I thought, I could never get in. I don’t have a degree. After all, this was MIT! After a few weeks of internal struggle, I applied. Several days later, much to my surprise…I was accepted! That’s right..I was going to study at MI-freaking-T!

Which brings us to today. This past April I completed the final class in the Certificate Program in

Management and Leadership. I am very proud of where I am. I am not satisfied with where I am. I will continue to learn, I will continue to grow. The path I chose (I DID choose it, didn’t I?) was not easy. It is not a path I recommend to anyone. I will counsel my kids, my grandkids, and anyone who seeks my guidance, to get their degree. However, I will also counsel them that learning does not stop with graduation. To succeed, you have to continue to study, learn, and grow, through books, family, co-workers, bosses, employees, peers and mentors.

Perhaps my journey is the reason why Scarecrow was always my favorite Oz character.

Scarecrow: The sum of the square roots of any two sides of an isosceles triangle is equal to the square root of the remaining side.  Oh joy, rapture!  I’ve got a brain!

Who knew Oz was in Boston (Cambridge, actually)!??!

Want to exchange ideas on Twitter (@jtongici)?
Expanding your circles on Google+?
Read more of my musings on LinkedIn.
Interested in IT and it’s role in business? Check out my posts on Intel’s IT Peer Network.

Lessons in Negotiation from a Pirate

6th Grade and my Journey on Roosevelt River Begins

Leadership Lessons from a Flock of Geese
3 replies

Who has TIME for THAT?
Scroll to top